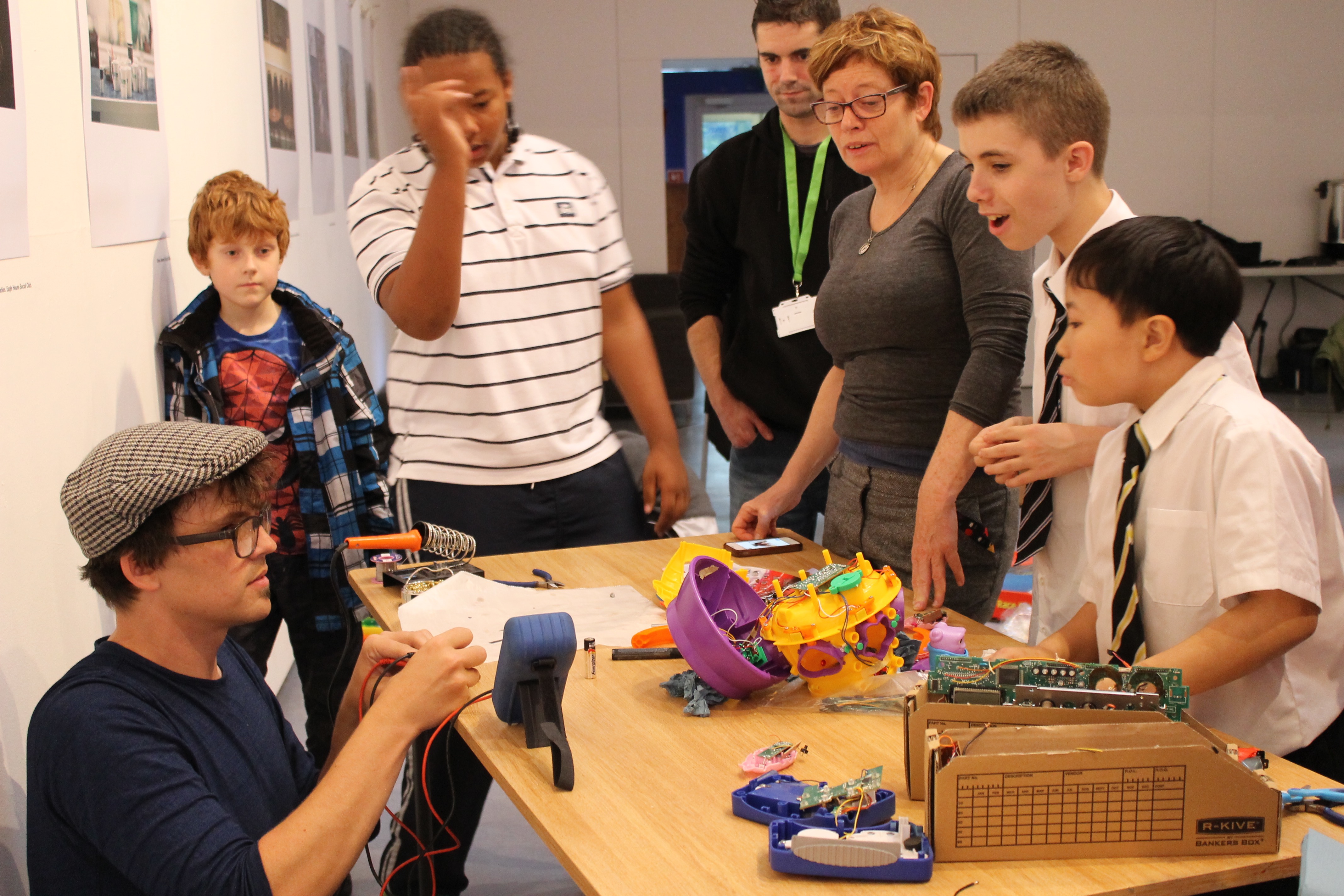 This evening we hosted a workshop with the incredible young people from Creative Hub at Knowle West Media Centre. Often whenever toys with electronic functions stop working they are relegated to the back of cupboards and attics, or even the bin. In this workshop we wanted to demystify these battery powered toys by opening them up and taking a peek at how they looked inside the plastic. Once we saw how the circuits were made we were able to learn how to fix them. We were even able to rewire them for an entirely new function, giving an old redundant toy a fun and exciting new lease of life. 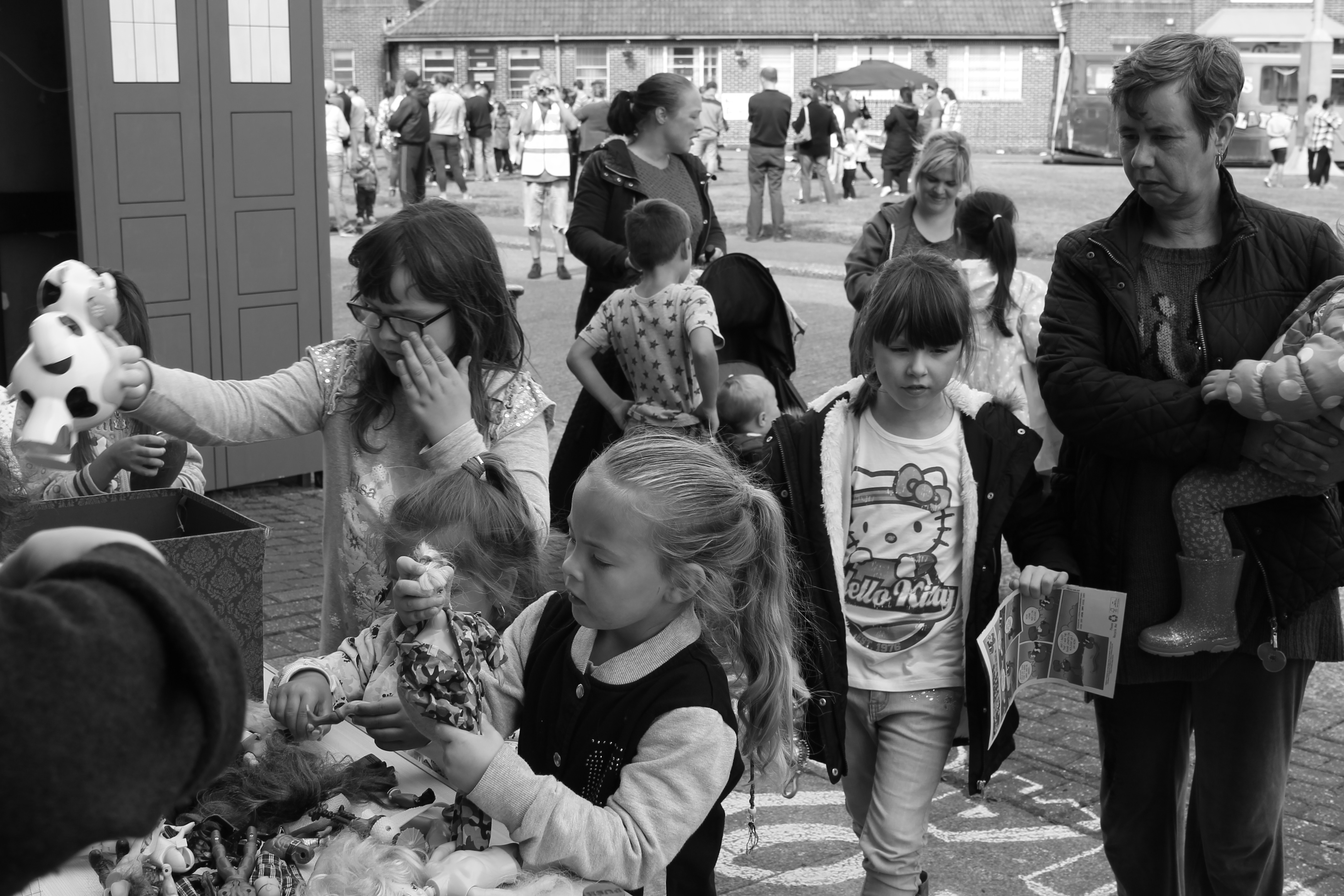 Today we brought the Forgotten Toys to Knowle West Fest at Filwood Broadway for an afternoon of experimentation. Local residents of all ages joined in the remixing of old toys to create new characters and games. Together we dismantled toys to discover how they worked, rebuilt them in new forms and experimented with their new functions. We took advantage of the last of the summer sun to begin to create new outdoor games through reimagining the toys for a new purpose. 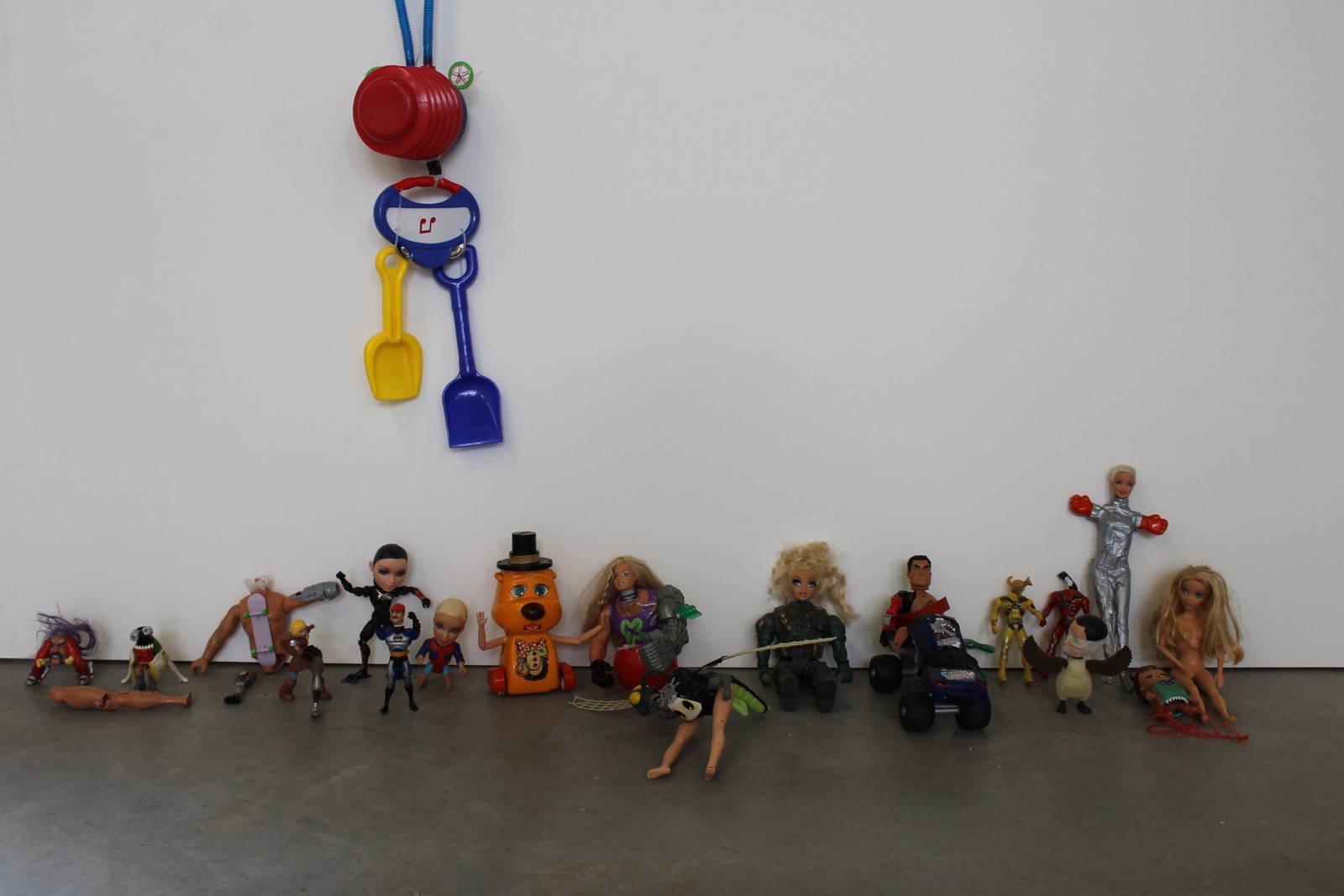 Today we hosted an open day of experimentation, research and development at The Factory in Filwood Green Business Park. A number of curious experts of Play came along to the session, where we mixed up circuit-bending, street games, craft and digital fabrication.

The day began with a discussion of the aims and the ideas behind the Forgotten Toys Compendium before launching into a character creation exercise. Dolls and action figures were taken apart, jumbled up and glued back together again; kinetic functions were investigated and repurposed; elaborate stories were created around the construction of these new characters. After lunch, we then embarked on the construction of a water feature using old plastic toys, wheels from toy cars and water balloons.

Next up, Open Doors Day and Knowle West Festival! 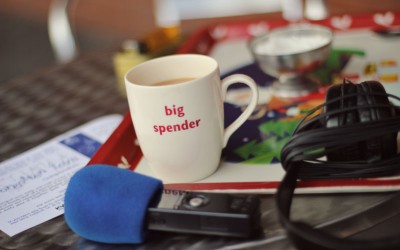 Today we spent the day travelling around the Newquay area of Knowle West. We spent some time at the Eagle House coffee morning, chatting with locals over cups of tea and the odd bit of cake. We were let in on all kinds of local expertise; houses where the families were moving, people that had recently been having a clear out or were good at passing unwanted things through the neighbourhood. We also recorded some stories for the map, including Peachy’s 19yo son’s treasured blanket and a wind up musical Koala (Waltzing Matilda!) that once belonged to Theresa’s mother. 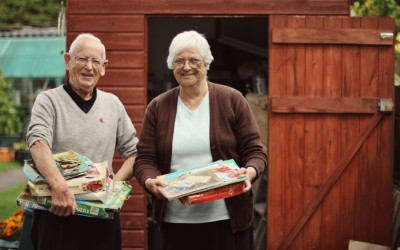 Today we spent the day riding the toy trike around the Novers area of Knowle West, knocking on doors, meeting people in the street and gathering toys and stories. We met Dave and Cynthia as they happened to be clearing out their shed and chatted about their extended family. Keen gardeners, the shed was crammed but incredibly well organised. Many of the toys and games that emerged dated back to the 70s and 80s when their sons were young. They kindly donated jigsaws and puzzles that were heading for the recycling (apart from one which a mouse seemed to have already been busy upcycling). They wanted to keep some of the toys, like a swingball set and ride-on toy as they are still in use by their grandchildren and great-grandchildren. 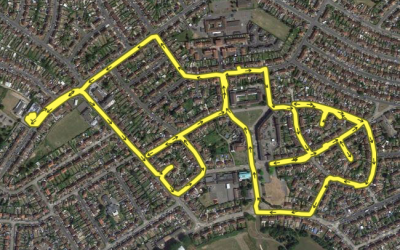 How we’ll be recording the project

The Forgotten Toys Compendium is an exploration in social archeology and the ways in which we document and record our discoveries will be very important to the impact and understanding of the work. We’ll be using a combination of audio, video and photography to document the stories and artefacts that we uncover as part of the project. These will be shared via the blog using a geocoded map, also enabling residents to post and mark their own stories and fundings. We’ll also be using GPS to record each journey on the toy trike. The image above is the track from our first voyage out on the trike on the 7th July. 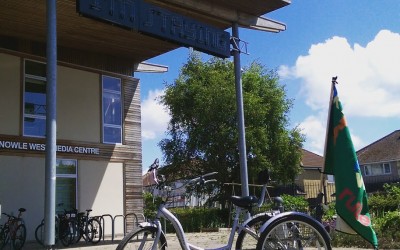 Our first trip out on the ‘Toy Trike’

Today was our first trip out on the trike around the streets of Knowle West. We met and talked toys with around 30 residents, heard the beginnings of tales of forgotten Thunderbirds collections and bin bags full of Action Men, were gifted two rusty BMX bikes and stumbled across a 3ft Santa.

We’re really excited to have been selected by the Bristol Green Capital 2015 team to deliver ‘The Forgotten Toys Compendium’ as part of their Neighbourhood Arts Programme this year.

‘The Forgotten Toys Compendium’ is a new project from Knowle West Media Centre and Ludic Rooms that invites people to see “junk” in a fresh way by tapping into the shared experiences of play across different generations and cultures. It creates new invitations, pretexts, tools and spaces for social interaction, by starting with the very personal & then connecting up with neighbours and neighbourhoods. The project will work with lead local residents on a journey of social archaeology to rediscover and repurpose the playable gems hidden among the dusty piles of forgotten “junk” lurking in people’s attics, garages and sheds, shining a light on the latent social and cultural potential of these objects through the lens of collaborative play. These playable artefacts- from rusty bike wheels & old sledges to bent hoola-hoops, dusty console controllers and forgotten Furbies will be reborn through story-telling and active play.

The project contributes to the green agenda in a number of important ways, including: